Looking for a family alternative to Dungeons and Dragons-style board games? Bag of Dungeon might just get you rolling… 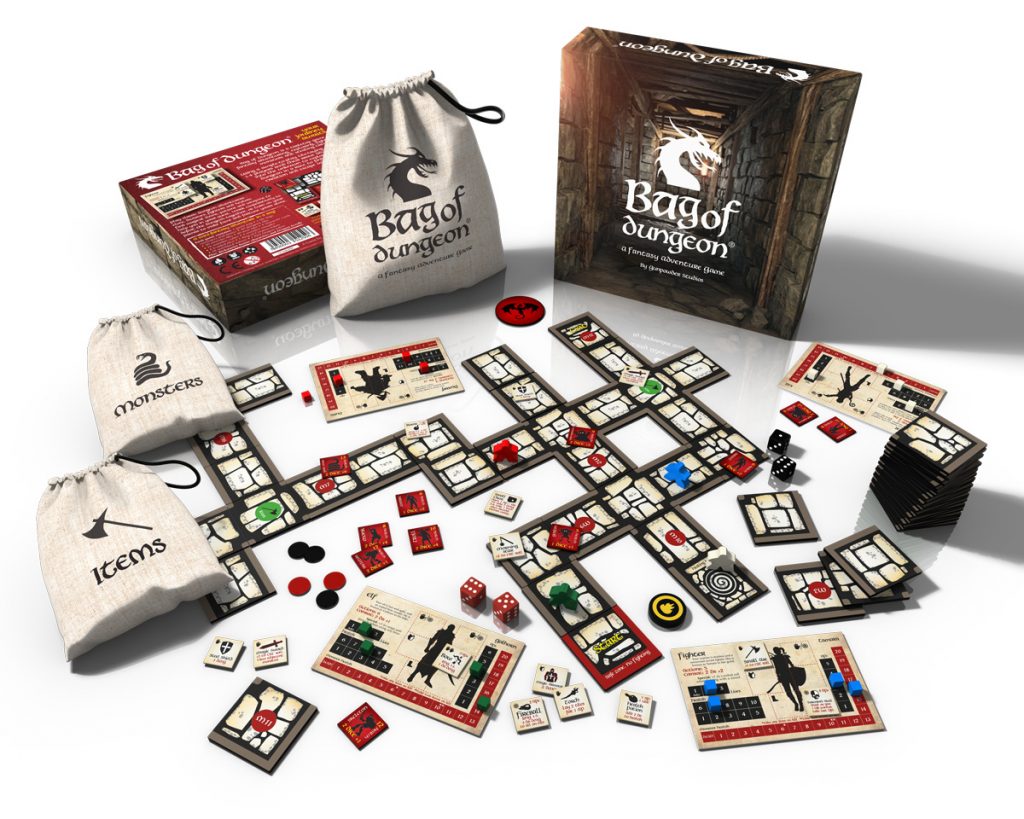 “Your torch casts its oily yellow light on the dank walls of the tunnel. Ahead in the darkness, distant heavy footsteps sound like they’re heading your way. A door stands ajar on your left, and a vile odour emanates from inside. What would you like to do?

When the fantasy tabletop role-playing game Dungeons & Dragons (commonly shortened to D&D) was first published in 1974, it was literally a board-game changer.

For a start, there wasn’t a board. All you needed to play were the game’s three small reference books, pencils and paper, dice and some friends who wanted to spend a few hours being their own version of Gandalf, Arwen, Sparrowhawk, Conan or Xena.

So began for many thousands of people a lifelong love of descending into dark, evil dungeons in search of adventure. They escaped in their thousands into an open world of magical, mythical storytelling and role playing. The scope of adventures was limited only by the imagination of the players.

Today the gaming market is awash with the descendants of D&D, including role-playing games (D&D still rules that kingdom), board games and card games. Quality is high, but so too is some of the complexity. Many fully immersive fantasy tabletop games have a steeper learning curve than your average board game. The rewards are worth the extra effort, but not everyone is prepared or able to invest the time and focus – at least not just yet.

Your first dungeon? It’s in the bag

So, if you’re not a ‘gamer’ but you love the idea of fighting monsters, stealing treasure and solving puzzles, and are dead keen to kill some goblins, why not gently push open the heavy oaken door of something simpler?

We designed Bag of Dungeon to be the perfect introduction to the world of fantasy tabletop gaming. It’s easy to learn and quick to play, but as the dungeon is revealed tile by tile, so too come its challenges (we said it was easy to learn, not simple to win). For more experienced gamers, BoD is great fun for a light gaming session or as an appetiser to a ‘main event’ game. Or maybe just a jaunt down memory lane.

Specifically we wanted to recreate the atmosphere of those early days of dungeon-crawling games – perilous journeys into monster-infested labyrinths, played out at the dining table on a rainy Sunday afternoon.

What kind of game is Bag of Dungeon?

It’s a classic old-school ‘dungeon crawler’, but quick to learn and and easy to play. It’s low complexity rating means it’s perfect for first-time gamers and families, and because the whole game fits in a bag, you can carry your dungeon with you wherever life’s real adventures take you.

But don’t be fooled by the simplicity of the game. The dungeons can be hard, sometimes almost unbeatable. The good news is that the random tile-laying system means that every dungeon is different, so if at first you don’t succeed, there’ll always be a new adventure waiting for you.

The game also includes the Dragon Scrolls, extra missions that will send you into some strange and challenging encounters, from rescuing a lost prince to swimming for your life in a flooded dungeon.

Bag of Dungeon will keep you fighting, looting and dying over and again for many happy hours. 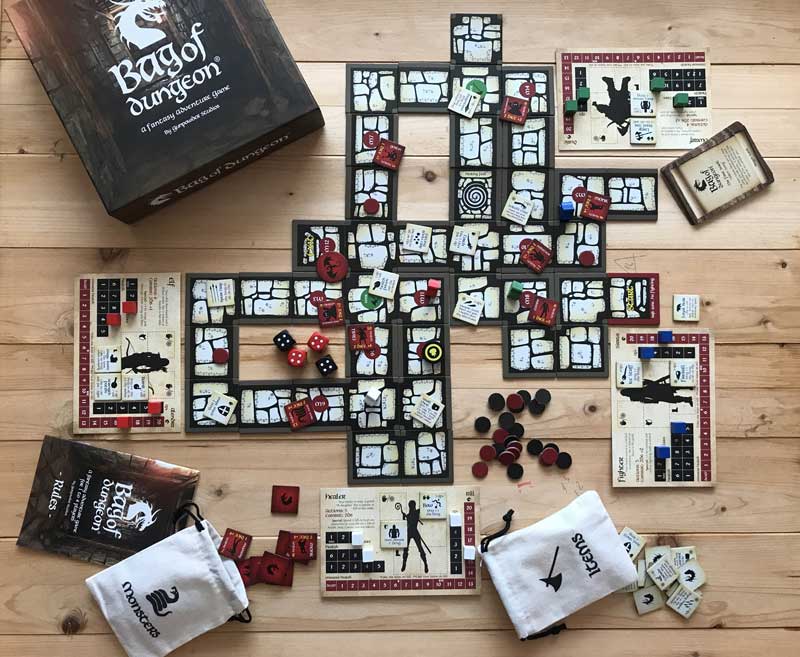 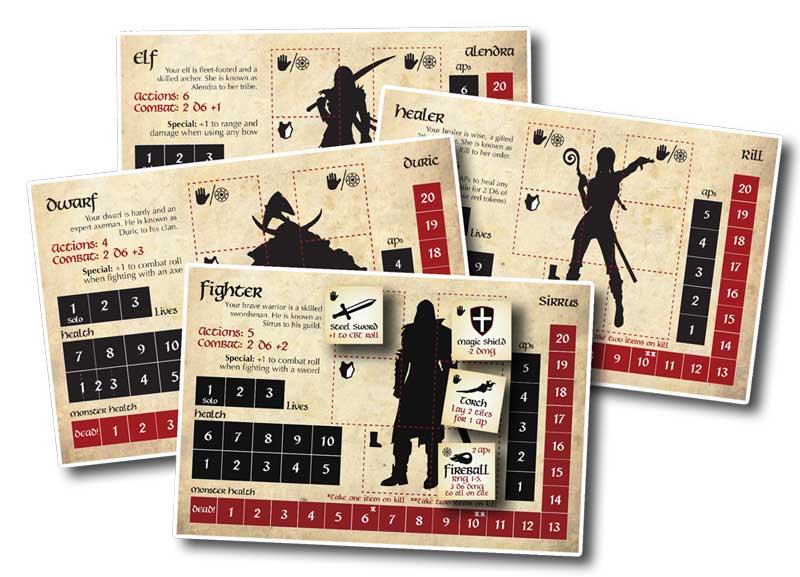