Welcome to the dungeon!

Bag of Dungeon is a simple to play dungeon crawler tile-based board game of exploring, slaying monsters and stealing treasure. In this tabletop adventure, a party of 1-4 players navigate ever-changing catacombs in a quest to find the Ring of Creation before escaping with their lives and their loot.

You will encounter monsters, find treasure and use items to stay alive and escape with the Ring before the dungeon seals itself shut, imprisoning for all eternity anyone who remains.

“It’s one of the best dungeon crawler board games I’ve played, easy to start, with a high ceiling of play.” Jason, London 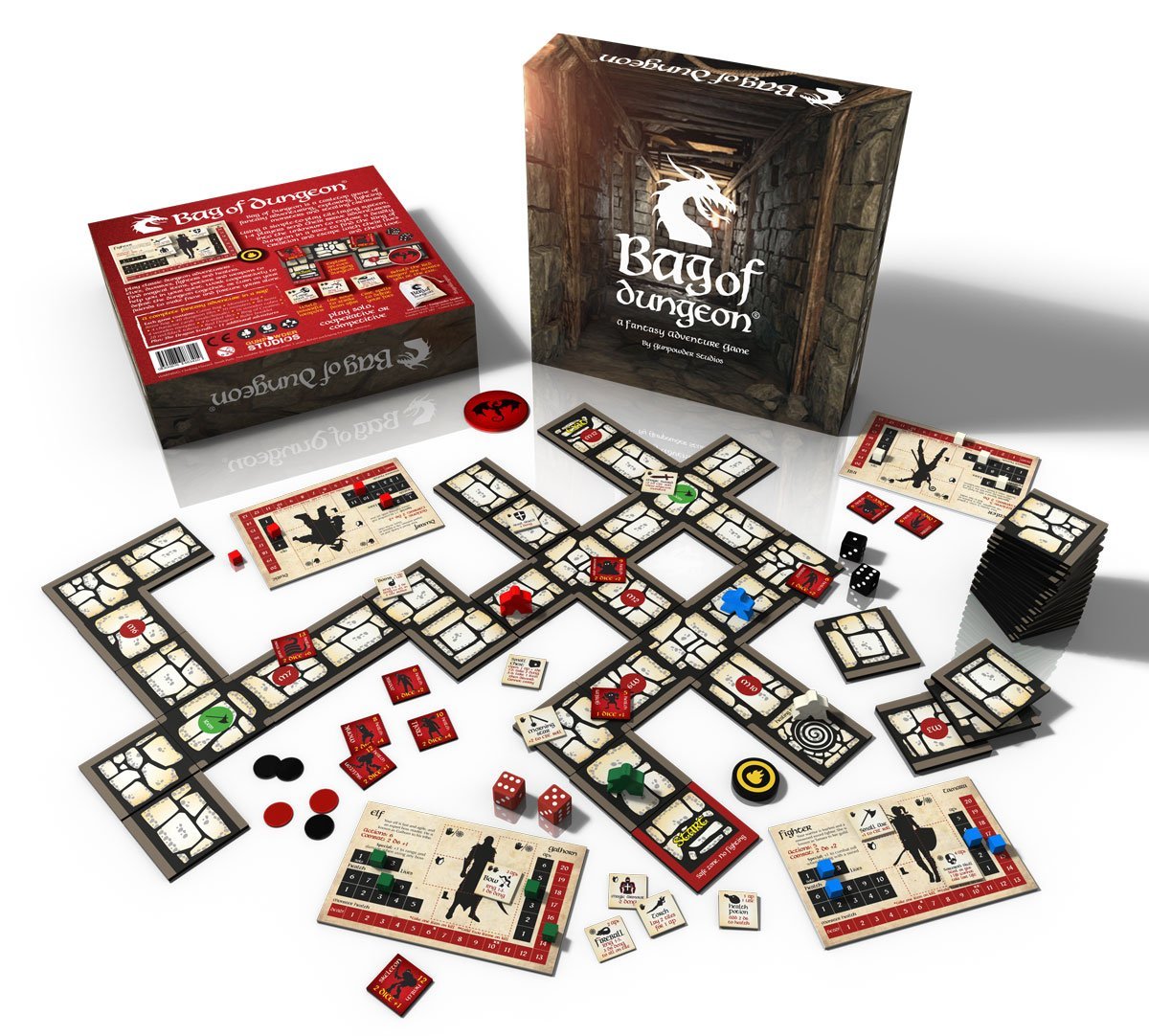 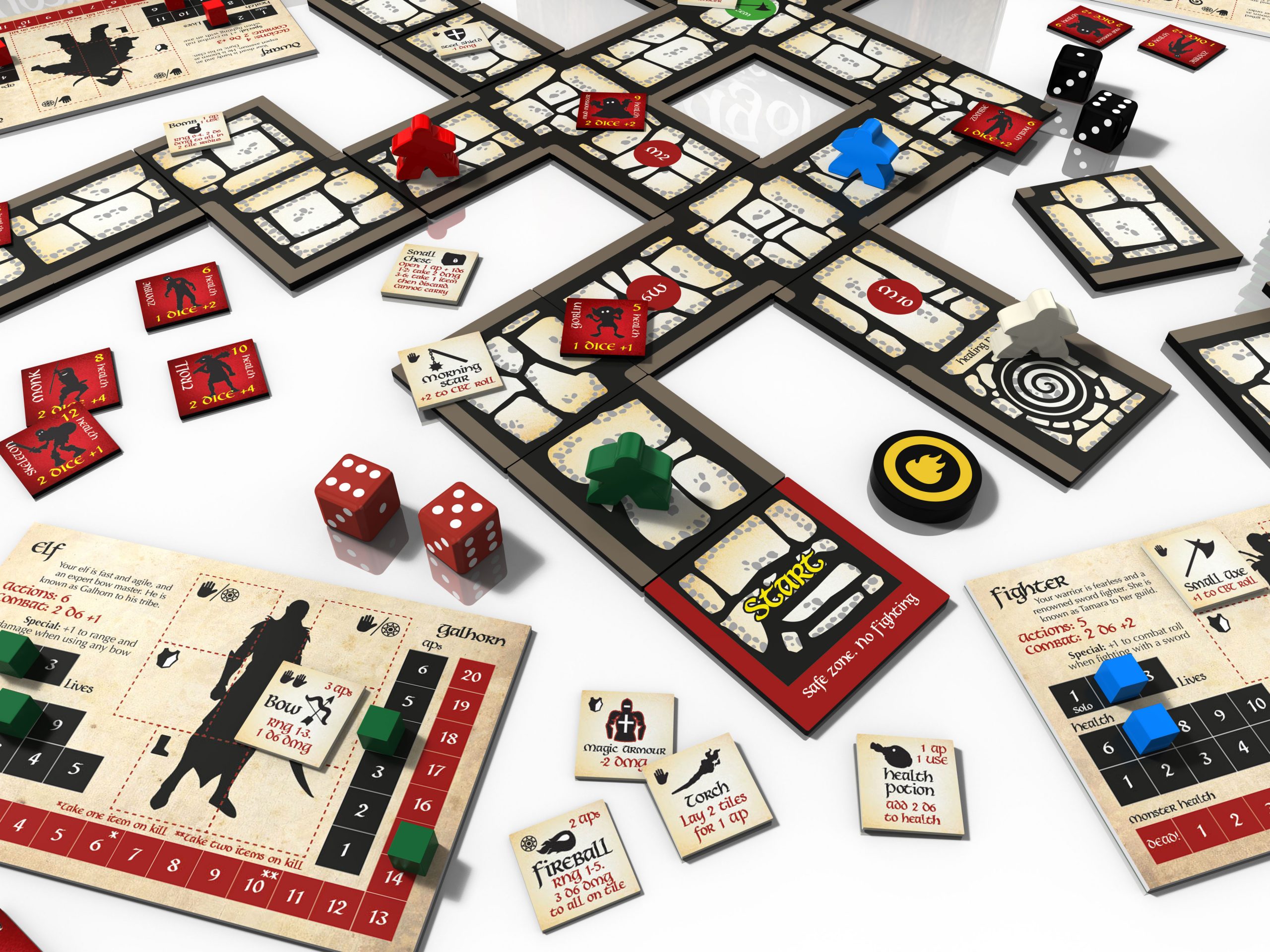 Choose your best strategy. Use spells, potions and weapons to survive the dungeon and try to get out alive

Play solo, as a team or against each other

Competitive: Can you trust your fellow adventurers? To begin with, you are all loyal to the quest and each other. But once the Ring is discovered it will cast a shadow of doubt and deceit over those who seek to steal it. You may decide that being a lone wolf is a smarter choice than loyalty, even if it means the death of your former companions.

“It started as a simple adventure with a friendly group of dungeoneers until one player decided to take the Ring for himself and leave the rest of us to die. Then things got really interesting, and the whole game went up a gear.” Disgruntled Adventurer

Cooperative: For a more friendly game you can all work together to explore the dungeon, share items and work out the best strategy to eventually defeat the mighty red dragon and complete your quest.

Solo: In the solo game, you can choose to send up to four adventurers into the dungeon, but each only gets one life.

Simple gameplay: The game has a simple but clever mechanic – great for young and/or new gamers to learn fast and take part while still giving more experienced gamers a satisfying time at the table. 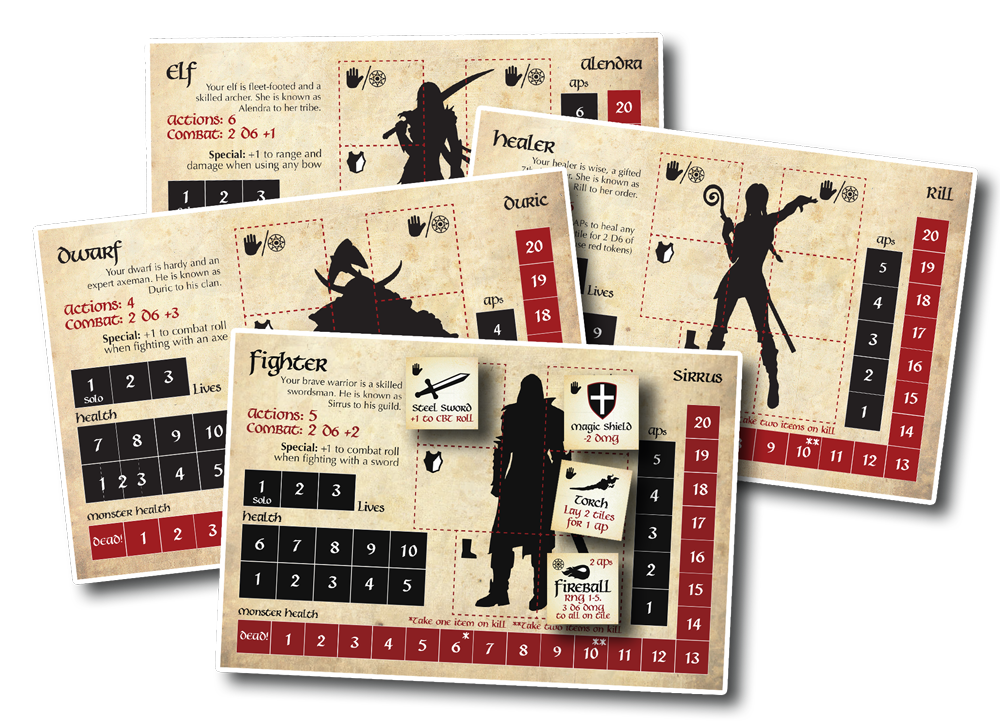 Play classic dungeon characters. Collect spells, potions, weapons and armour to aid you in your quest

Comes in a handy box for easy storage

What’s in the box

This game is bags of Fun!

23 reviews for Bag of Dungeon

This site uses Akismet to reduce spam. Learn how your comment data is processed.