Our games are tested on children 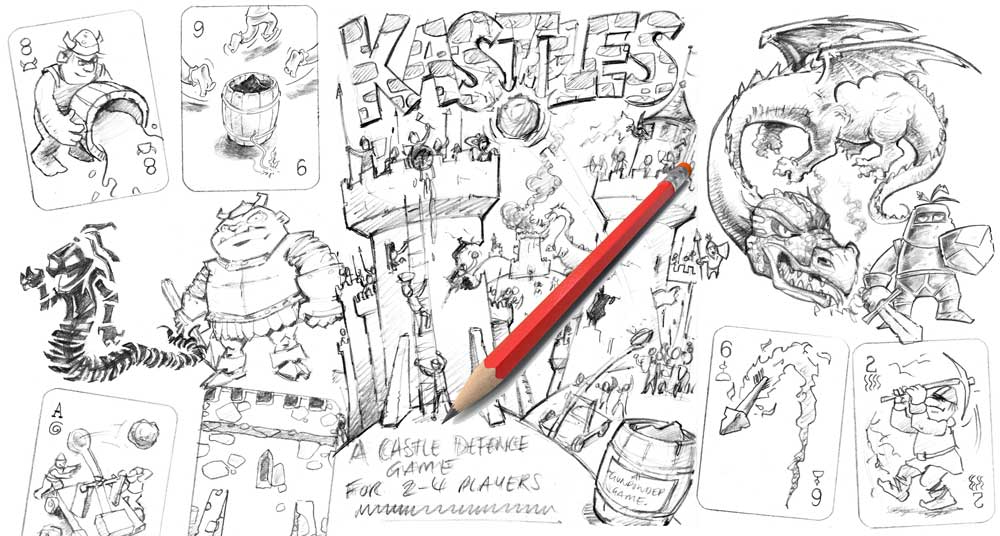 Designing a card game can be in-tents!

Gunpowder Studios began on a summer camping holiday, with a standard deck of playing cards, a load of kids (ours and others from nearby tents) and an idea for a quick and boisterous castle siege game.

The object of the exercise was for our young ones to spend less time plugged into their screens and more time enjoying the lo-fi life of playing card games and board games. Once we’d cracked the basic castles game enough to play it through, we tested it on an audience of fidgety 10-year-olds.

They loved it. No dramatic sighs of boredom or poorly executed lies about their lunch being ready (at 10 am). No violence. The adults loved it too (though they weren’t as well behaved). But best of all, the adults and kids loved playing it together.

With widespread approval of the prototype game, Kastles became our first game out of the studio.

Of course, we think it’s a great game, but that’s only half the story. What our playtesters loved most was the cut and thrust of playing with others. The rivalries, the highs of victory and the lows of crushing defeat, the sneering, jeering and gesticulating as if they themselves were actually king or queen of the castle… all played out with a surprising amount of social harmony as a positive shared experience, even for the losers (who were the keenest of all to play it again).

We like to wave the flag for getting off your screen and around the table. It’s not like we’re luddites. We don’t point at aeroplanes in wonder or slowly back away from a phone when it rings. It’s that, as long-time gamers, we understand how tabletop gaming taps into our need, as a species, to bond through play, and the wellbeing we get from it.

Remember the Zoom quizzes at the start of the pandemic? Although they were by necessity screen-based, the technology was just a way for people to be close and in touch. When faced with potentially months of no real-world contact with our loved ones, it became a very tangible need.

A good family games gathering is a mostly beautiful thing. We say mostly. There will always be tyrannical dads, cheating aunts, unpleasant children and Monopoly. Even so, high days and holidays spent playing board games are cherished memories for many of us.

One of the great things about designing a family game is that we help, in a small way, to bring together brothers and sisters, parents, grandparents and grandchildren, and families and friends of every composition.

And just like holidays, if the kids are happy, everyone’s happy.