7 Moons is a magical fantasy board game of strategy and adventure for 1-4 players. Comes in standard or deluxe editions. Ages 7 and up

A magical fantasy adventure board game for 1-4 players

In 7 Moons you play royal emissaries sent out by your monarch into the kingdom of Dragon Reach to ready your city for war against the approaching Shadow Army. How will you raise enough gold to strengthen your city’s defences and recruit allies to fight with you? Will you trade resources on the volatile market, hoping for a healthy profit? Will you risk venturing into the lawless wilderness for its magical riches? Or will you embark on a quest in aid of others to earn your gold?

What kind of game is 7 Moons?

7 Moons is an easy to learn, fun to play game of strategy, acquisition and adventure in a mythical, magical land. We’ve designed it to have wide appeal, good for a Sunday post-roast family gathering or for more experienced gamers looking for some light adventuring, with enough challenges to test your gaming chops. Gameplay includes a nice mix of mechanics – trading, questing, journeying, building and combat – to keep things interesting and give players plenty of choice as to how their adventure plays out. The Shadow Army is a tough opponent at the end of the game, but if you’ve planned and played well, your city will be fine. Probably. Possibly.

What’s in the standard box? 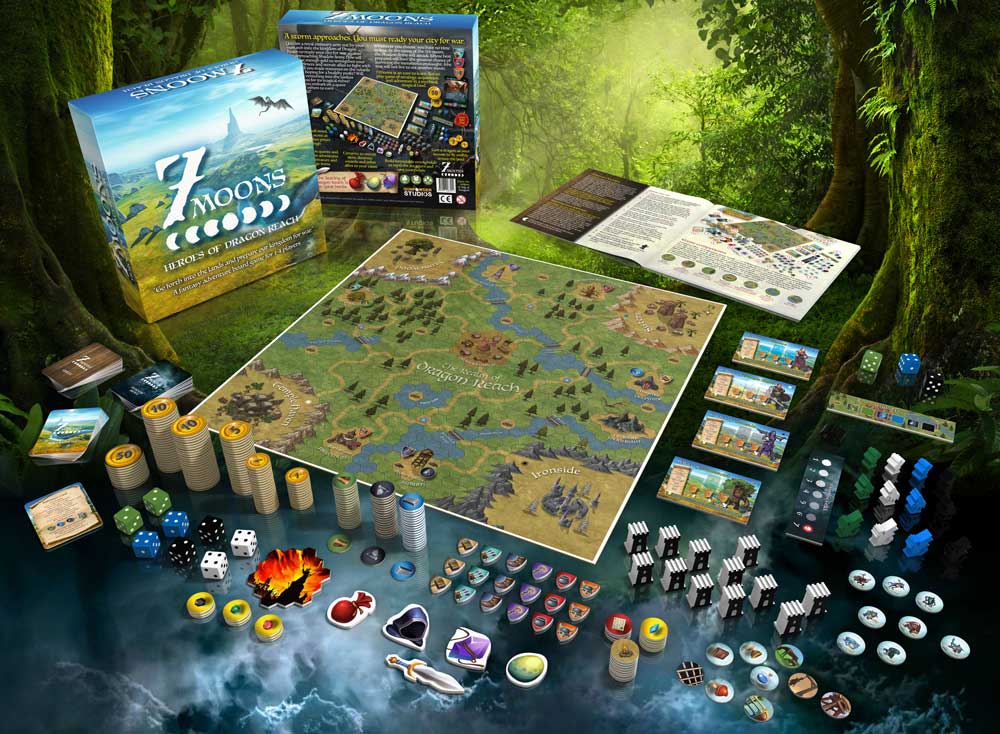 What’s in the deluxe box? 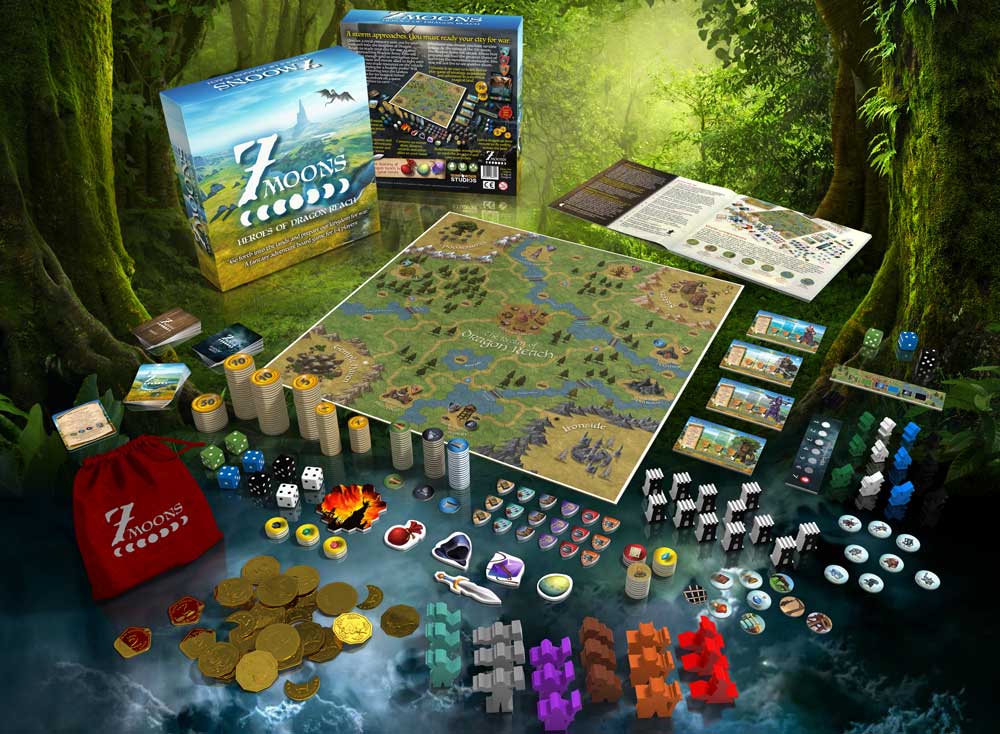 Both games are exactly the same in gameplay.

5 reviews for 7 Moons Fantasy Board Game

This site uses Akismet to reduce spam. Learn how your comment data is processed.