The Second Chronicle: The Darkness

This story features three scenarios, designed to be played together in a single game. 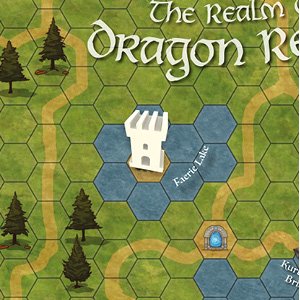 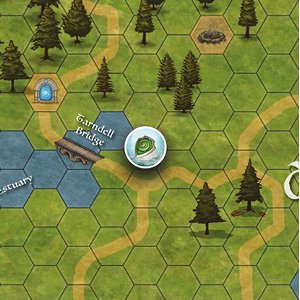 An evil wizard has conjured an enchanted tower, rising tall from the waters of Faerie Lake. The dark magic within the tower is preparing to bring forth more monstrous creatures to swell the Shadow Army when it attacks. As it gathers its strength it casts a darkness across the land and faeries have not been seen since it appeared in their lake. It must be brought down before it is able to complete its enchantment and bring more Shadow Army legions into being.

To attack the Shadow Tower you must have a dragon in order to reach the island. Once you reach the tower, you may attempt to destroy it as follows: 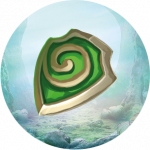 An angry troll is trying to catch and eat a cow. Slung over the troll’s shoulder is a shield made of black dragon scales. You decide that if you are careful and can get close enough you could use your knife to cut the leather strap and retrieve the shield while the troll is focused on its prey. If you have the Cloak of Invisibility you can immediately steal the shield. Otherwise, roll 1 dice to try to grab the shield from the troll.

The Dragon Shield adds +2 to all your combat rolls (does not include Shadow Phase attacks). 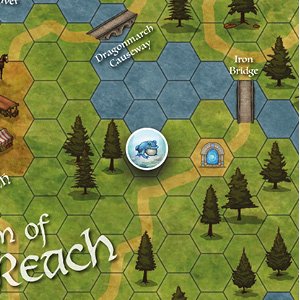 The first player to reach Puff releases him from the web. Add Puff to your character card. You do not now need a dragon to reach the Shadow Tower. Puff knows about the Shadow Tower, and tells you that if you are able to find him some special ingredients he and his friends can weave a spell of silence around the Shadow Tower and destroy its power. Puff will need some rare flowers from the mountains of Ironside, and mushrooms from the mountains of Stonewood. Place the flower and mushroom story tokens on the map as shown below. 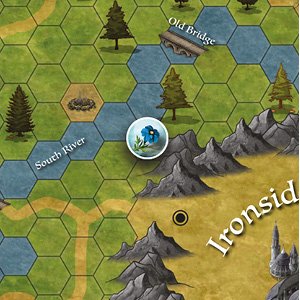 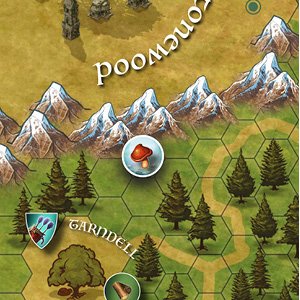 Visit these hexes to gather the ingredients for Puff. When you have both items, travel to the Shadow Tower and let Puff and his faerie helpers cast their spell. Remove the tower from the game. You may keep Puff as a faerie companion or remove him from the game.