What would you do next in the game Bag of Dungeon?

It’s the last few moves of the game. All 40-floor tiles are out and the fighter (blue meeple) has managed to secure the ring! But wait! He is trapped between a mummy, a mud-monster and a werewolf. Let alone the dragon who’s waiting at the exit.

It’s your turn as the Healer (white meeple) and you have 4 action points (APs) left to play with on your turn. APs are your way to do things, move, cast spells etc. You are given the amount shown on your character card at the start of your go.

A: Pick up the Large Steel Axe, giving you a double-handed weapon, and steam into the mud-monster to help the fighter? Careful! this will use up 3APs in all leaving you 1 to run away but you will take a hit! So, Move (1 AP), Pickup (no APs), Move (1 AP). Move (1 AP). There is no AP cost for melee (close combat) unless you use items, spells owned etc which show APs on the tile.

B: Use your ‘flying daggers’ spell to attack the mud-monster? (these fly around corners) costing 2APs. This will do two dice of damage to the monster and hopefully kill it but you must roll enough to kill it within your go (within your APs) or it resets. Allowing the fighter to escape and regroup on their next go.

C: Let the fighter die and pick up the ring for yourself?

If you chose A you probably would both be dead.

If you chose C you might need to watch your back in the next game;)

We would suggest B use your ‘flying daggers’ spell to kill the mud-monster. Then the fighter could retreat on his next go and hopefully help you take on the final corridor up to the dragon.

Then go and get that bomb and throw it up the corridor, it will do lots of radius damage to all monsters and hopefully clear the way to the dragon for the big fight.

Finally, you as the healer, take one turn to heal yourself and the fighter for the final attack on the dragon.

Whatever you do don’t hang around. The dwarf (red) is in a good position and is situated next to the Dragonlance, he could easily, in a few moves, pick it up and get to the exit… and he’s got a bear with him!

Good luck and see you in the tavern! 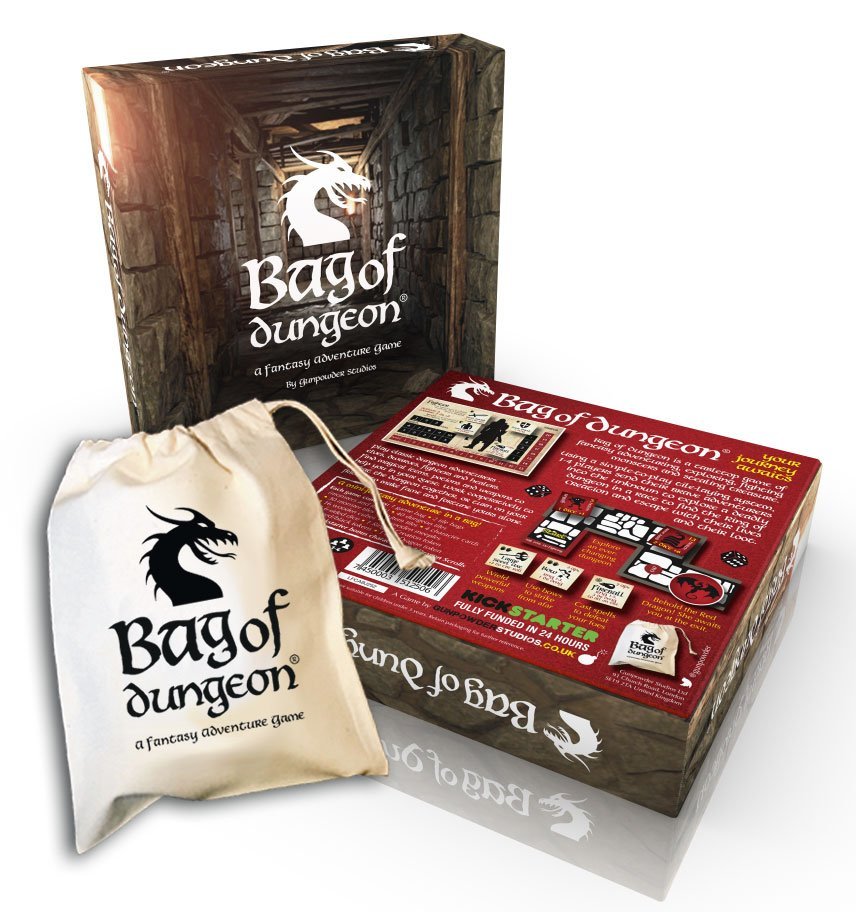